Last Friday, we talked about a new beginning for Blissbook. Our upcoming release marks the start of that new beginning, so without further adieu, here are the newest Blissbook features. Look for this release to drop within the next 48 hours!

Handbooks now have their own sharing and access control that’s separate from your organization. You can still share something with your entire organization, but you don’t have to.

So go ahead, share your Blissbook with your lawyers or with the HR pro you met at the last SHRM meeting. It’s easy!

When Blissbook launched in late 2013, we felt pretty good about what we knew and what we were launching. We combined our knowledge of the policies and procedures industry that we acquired over 1-2 years of research with the momentum we saw behind engagement initiatives and the growing sentiment that company culture is something companies should invest in.

It made a lot of sense. Unfortunately, the real world often doesn’t make sense. In the real world, people don’t act rationally. It may seem like they do from the outside, but if you dig deep enough, you’ll find it’s usually an illusion.

Looking back with that knowledge, we realize we knew a lot less than we thought. I’d say we were at the beginning of the “I’m an expert” phase shown below. 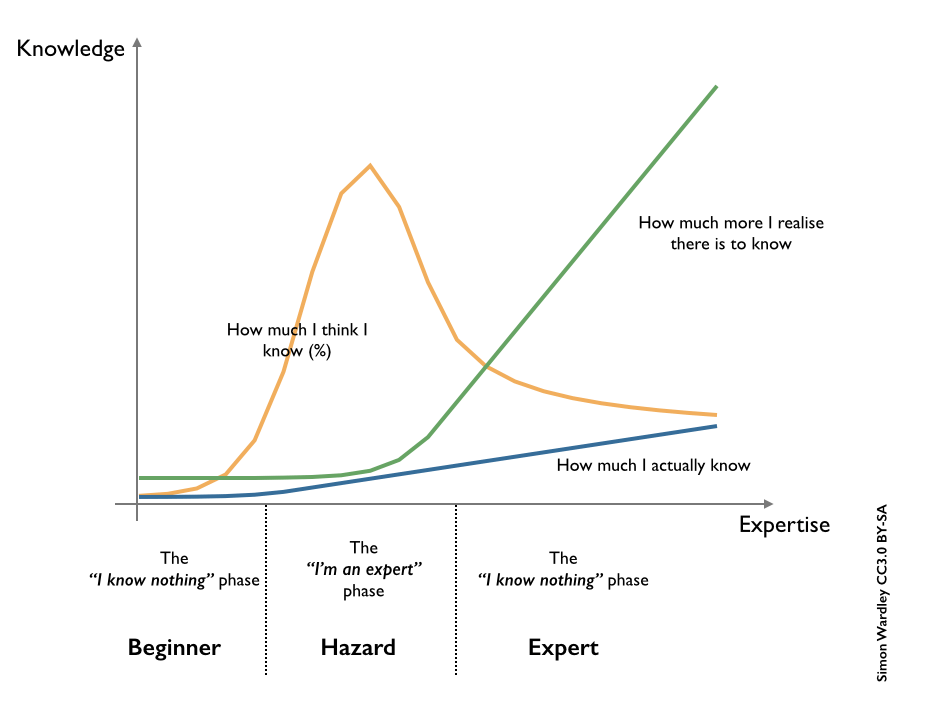 In late 2014, after an intense 6 months of startup engineering education, we decided that we knew nothing. Or, at least, not enough. Not only that, we were burned out. So although we remained committed to serving our existing Blissbook customers, we weren’t sure what to do next. We took a break and in addition to taking on some consulting work with Home Depot (our team has deep, real expertise in designing and building software), we built a completely unrelated product in a totally different market.